With the aim to create an accessible and inclusive environment for customers and team members - including those on the autism spectrum - Kmart has introduced the sessions which will see stores take actions to reduce sensory stimuli from 3.30pm - 5.30pm every Wednesday.

Key environmental changes in stores include; dimmed store lighting; lower-volume store music, registers and phones; and, minimal use of equipment on the shop floor.

The retailer has also released two sensory maps which detail areas where sensory stimulation including noise, smell and light may occur in store. 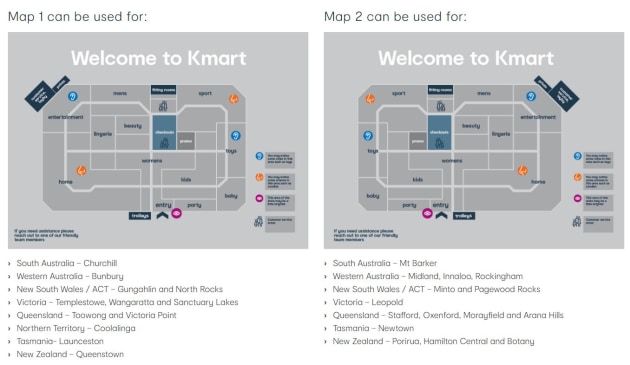 The news of Quiet Space comes as Wesfarmers wraps up store openings for the year.

In November, Kmart welcomed new stores in Camberwell and Casey in Victoria and Cockburn in Western Australia, all converted from Target stores, alongside its newest K Hub store in Bairnsdale in regional Victoria.

In a statement, Wesfarmers said that the new K Hub stores are also aiming to improve inclusivity.

"K Hubs will become a presence in around 50 regional towns around Australia over the coming year, as they progressively replace around half of the Target Country stores scheduled for closure, including giving the opportunity of taking on any former Target team members who want to stay with the store.

Kmart Quiet Sessions are available at the below stores: