Toys R Us has returned to Australian shores, backed by digital native, Hobby Warehouse. Editor Imogen Bailey explores its return and where it’s headed from here.

It was the news that shook the toy industry on a global scale. Toys R Us had gone bankrupt and was shuttering worldwide operations in the US, the UK and Australia and others.

In fact, almost exactly a year ago, Toy & Hobby Retailer magazine contained a large feature about the closure of Toys R Us (TRU) in Australia.

Now we’re here to report on its return.

The news of the return of the business – of both TRU and Babies R Us (BRU) – to Australia came in the form of a licensing deal struck between TRU parent company Tru Kids and Australian, eCommerce retailer, Hobby Warehouse.

“I know that Tru Kids in the US were searching for some partners from late last year, following the closure of TRU,” Hobby Warehouse and TRU Australia owner and director, Louis Mittoni says.

“We met with them early this year in January and we found a very high alignment of our mission. The vision that the TRU team in the US had for the brand and business going forward – especially as retail is evolving – we found that alignment to be very high.

“It’s been a long process of around about six to nine months where they were searching for the right partner with which to relaunch,” he says.

Hobby Warehouse, a pure-play online business which has been operating in the space for eight years, has established logistics infrastructure, a boon for the TRU business which is going for a digital-first approach this time around.

“We introduced a range of cost-effective warehouse automation and improved logistics abilities in the last several years as Hobby Warehouse grew,” Mittoni explains.

“Last Christmas we doubled our packaging line as a semi-automated system with some self learning systems to improve and meet the increasing demands that we had for that company, so TRU will share a lot of that logistics and infrastructure.

“I think Tru Kids was looking for the right partner with whom to relaunch and re-imagine the next chapter of TRU in this region, so no doubt [logistics] would have been one of the key elements and I think in their assessment they would’ve looked at many attributes,” he says. 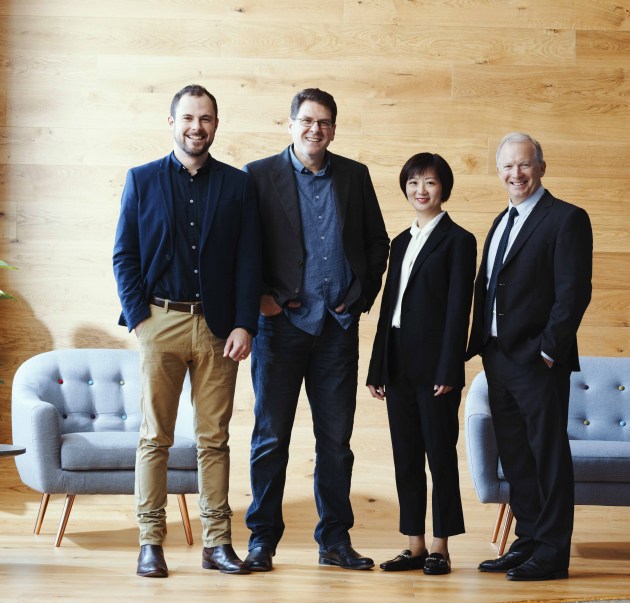 Backed by in-house research which indicates that over 40% of total toy and baby sales volumes will be transacted online by 2023, the relaunch strategy began with the invigoration of the TRU and BRU Australian URLs, which launched on 12 June.

“We decided that an obsessive focus on digital retailing to the exclusion of physical retail was a starting point,” Mittoni says.

“The digital storytelling platform, really harnessing real-time shopper data, machine learning, our logistics chain and a range of brands and products, being competitive and having fast delivery was really going to be our starting point,” he explains.

As part of this digital strategy, TRU named eBay Australia as its marketplace partner, launching a store on the site on 01 July.

Pulling on the existing partnership eBay had with Hobby Warehouse, eBay senior director, B2C advertising and commercial partnerships Kristian Haigh says that the partnership was a logical step for both eBay and TRU.

“Through general discussions that we had with Hobby Warehouse and the team, it came to our attention that there was a potential around the TRU re-entry, which obviously sparked our interest, having had a relationship with TRU as well previously,” Haigh says.

“Understanding the iconic nature of the brand and the customer love that TRU did have in the business, we saw it as a really natural fit and opportunity for us to not only help the team at Hobby Warehouse in regards to their investment into TRU and its resurgence, but also giving that visibility back to Australian consumers around a brand that was very much trusted and loved by families and kids all over Australia.

“For us, being a marketplace with 11 million active customers a month and having known and worked with TRU previously we understood the underlying consumer value proposition and the engagement that we’d seen previously,” he says.

Mittoni says that the eBay launch was received extremely well, a sentiment that Haigh backs.

“We commenced with a lighter availability of product – I think we launched with around about 3000 to 4000 products – and already have started building that, I think we’re probably close to 5000 products and it’s increasing each week,” Mittoni explains.

“The initial week was received very positively. It kicked off with a sale and promotion period and we’re going to continue that,” he says.

However, the TRU business isn’t going to remain online-exclusive, with plans to launch physical ‘experience centres’ in 2020.

The planned stand-alone locations will incorporate digital elements – such as digital price displays which reflect online pricing in real-time – to bridge the gap between the online and offline shopping experience.

The centres will give children the opportunity to play and interact with products before purchasing Mittoni says.

“The shopping experience will be enhanced digitally to allow shoppers to experience the real world but have the benefits of the digital world as well, that’s our overall vision.

“The experience centres will allow children and their families and friends to see, touch and play with products and we expect that the centres will be supported by our partners to create the same shopper energy as benchmarked in experiential stores like Hamleys in London and FAO Schwarz in New York.

“They’ll be slightly smaller physical footprints but will focus on those elements that I’m referring to in terms of the playing elements and really experiencing the products, so it’s not just about the products, it’s about the play and the experience,” he says. 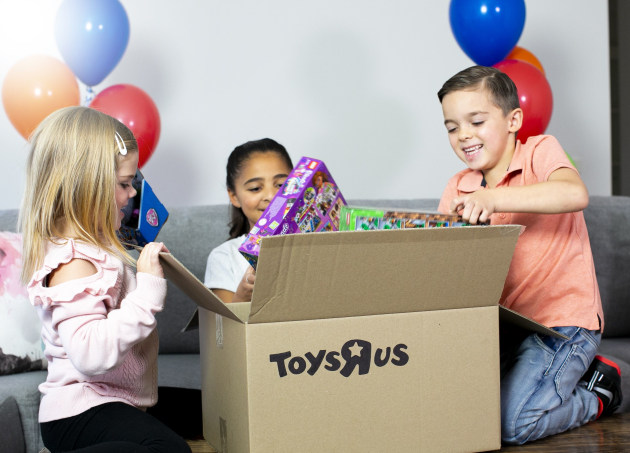 On the business facing side of TRU, Mittoni says that the response from the Australian toy industry has been extremely positive.

“We’ve been amazed at the support from suppliers and partners and even former employees.

“We had well over 400 applications for careers in the last few weeks – it’s something like 420 or 430 as we speak – and around about half of them were former employees of TRU, so all of the employees had that special connection, as many Australians do with the brand. It’s such a charismatic brand that’s important to Australians.

“We’ve talked with suppliers, we’ve had such a huge amount of support from them, plus merchants, service providers, data partners, really everybody.

“Through all of our meetings the suppliers recognise the need for a company like TRU that’s very focused on toys. It’s an overwhelmingly supportive environment and message that they’re providing to us,” he says.

Haigh echoes Mittoni’s comments, saying that from eBay’s perspective, there was no hesitation to partner with TRU.

“It was very polarising and blunt overseas in regards to the reporting around the original TRUs’ demise, the factors that led to that and the impact that it had on the employment, the people and the economy from a toys perspective. But in Australia that exit was probably a little bit softer because of the lead time and the writing being on the wall.

“So we were super confident that between the great leadership at Hobby Warehouse and how they’ve handled their existing business and the tools and the levers we have as eBay, that we would be able to help them re-establish the brand and re-ignite that love and passion that Australian consumers had for it previously,” Haigh says.

Based on the industry response and how the business is tracking so far, Mittoni anticipates a bright future for the TRU business in Australia.

“We’re quite unique in the sense that we’re the only fully-integrated baby demographic, through to toy, through to hobby which really covers a [wide] demographic.

“What we discovered in Hobby Warehouse was how to connect with our shoppers on a deeper level than just presentation of products and prices.

“Our role and our mission is to really help families come together and enjoy a wide range of toys together in that environment and realise just how important they are,” he says.