In 2004, Toy & Hobby Retailer ran an article written by Colin Scott, managing director of Frontline Hobbies, about the import threshold and how this was disadvantaging Australian businesses in the toy and hobby industry.

Since then, he, Brian Simpson from Perth RC Models and Hobbies and a group of other businesses from varying sectors have been campaigning the government, business associations and other bodies to scrap the import threshold, to level the playing field for Australian businesses.

In the year 2000 the Howard Government introduced the GST. At that time, very few people purchased products online from overseas as there were issues with fraud, credit card scams and the delivery of the wrong goods.

The government then set the import threshold at $1000 before any customs handling fees of $55 then – now $90 – any duty (if applicable) and any GST, would apply.

Over the years, since the $1000 threshold was set, online shopping from overseas vendors has become more secure and far more prevalent.

It has become cheaper for the Australian consumer to buy from overseas companies rather than supporting local businesses. Even if Aussie businesses did buy at the same price from overseas, they have to add a profit margin and the GST, which makes them uncompetitive immediately.

As toy and hobby businesses generally purchase several items for their stock, the total invoice values are often more than $1000. This means that we have to pay the customs handling fees, any duty if applicable and the GST on top of that.

Ultimately, we simply can’t compete against a private citizen buying a few items under the total invoice value of $1000.

With this threshold in place, it didn’t take long for some overseas companies to realise that the Australian Government didn’t have a matching system in place that would match the amount actually paid against the amount on the invoice.

Because of this, some offshore businesses have started to offer to consumers – who are purchasing goods over $1000 – an invoice for an amount less than a $1000, so that they could escape all the Australian import fees and the GST.

Approximately nine years ago, we and a group of Aussie business owners took it upon ourselves to campaign the previous Federal Labor Government and the current Liberal Government to have the legislation changed to scrap the $1000 threshold and make consumers pay the same customs handling fees, duty and GST as Australian businesses do.

We met with several minsters from both sides of government with little success, as they appeared to be more concerned about the effect on their votes if they made Aussie consumers pay a little extra for importing goods. They seemed not to worry about the effect the threshold has on Australian businesses and the uneven playing field.

Despite this, we continued with the campaign and got more Australian businesses associations and organisations involved, to put the pressure on to scrap the import threshold in its entirety.

Eventually, the treasurer at the time, Joe Hockey, agreed to change the legislation to scrap only the GST portion of the threshold and to apply GST from dollar one on all imported goods from 01 July 2017. The Labor Government did not support the change as they disagreed with the collection method proposed by the Liberal Government and requested the start date be changed to the 01 July 2018.

The proposed system is that the ATO have to register overseas companies on the same terms as they do in Australia to collect the GST on all sales under $1000. This means anyone selling less than $75,000 worth of goods would not have to register or collect GST.

We contacted one overseas supplier and we were told that this would be easy for them to scam. They told us they could simply set up their staff as sub-businesses and supply their products through those sub-businesses until they got to $75,000 and then move to another staff-owned sub-business and so on.

This means that nothing would change. Australia would continue to be scammed and Australian businesses would still not be able to compete.

Some overseas businesses have also stated that because Australia doesn’t have a matching system in place they will continue to write out invoices for less than what was paid, so that Aussie consumers don’t have to pay as much GST as they otherwise would. 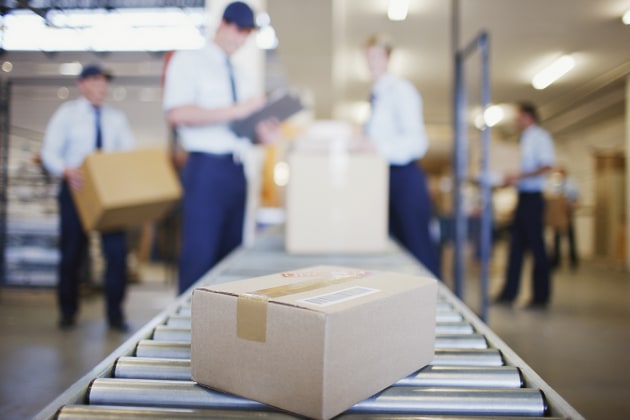 The ATO and Treasury have stated to us that they would like to get the banks to collect the GST as the transaction takes place online, however the banks say they won’t know if the goods being purchased are fresh food, medical and dental supplies (which are exempt from the GST), so they can’t determine when to charge the GST.

At a teleconference our business group suggested to them that all Australian businesses have to pay and pass on the GST when they do their business activity statement (BAS), so it would be easy if everyone pays GST and those that can claim it back, can do so when they do their BAS.

We have also suggested – after minister Peter Dutton declared recently that every parcel coming into Australia costs the government $90 to handle and process – that if there was a set handling fee, the banks could collect the processing fee at the same time as the transaction takes place.

For example, they could have a processing fee of $10 for all goods up to $100, from $101 to $200 a $20 fee, $201 to $300 a $30 and so on. That would mean that the banks only need to program their computers to process the handling fee and GST at the same time and send that amount to the ATO, which would somewhat help to bring Australian consumers into line with what Australian businesses have to pay to import goods.

Where are we now?

What does this mean? It means that all incoming parcels with an invoice attached for less than $1000 will still go through Border Force with no handling fees and no duty. Ultimately, this means that consumers will still choose to shop online rather than support Australian retailers.

We believe that a matching system – which matches the amount leaving our country to the incoming invoices – may help combat this problem. Overseas companies would soon learn that Australia is not going to allow them to continue to write false invoices.

Australia’s business community is only asking for the same deal for everyone. If we have to pay all those costs, then so should everyone.

Don’t we all want to see a thriving Australian business environment? ❉

If you want to have your say in Toy & Hobby Retailer, get in contact with Imogen Bailey: imogenbailey@yaffa.com.au

The views expressed in this article represent those of the authors only. They may not necessarily be shared by Toy & Hobby Retailer or Yaffa Media.