Mr Good Times has been operating in Bendigo for 40 years. Like many Australian toy businesses, it has been passed down from parents to child.

The Australian toy industry isn’t shy of family businesses. It is a common element many of the industry’s businesses on the retail and wholesale side share.

Founded by Bob and Julie Hunter in 1979, the business is now operated by their daughter Kate, who essentially grew up in the store.

Speaking on its origins, Bob Hunter says that the store – which was originally located in what is now the gaming room of the historical Shamrock Hotel – began when Julie was inspired by a store in Melbourne.

"It really started with my wife Julie. At the time she was teaching an infant grade and she couldn’t find what she wanted for either the school or our own children in Bendigo.

"She was inspired by a trip she took to Melbourne and went to a newly opened toy shop – Windmill had only just opened – and she came home very enthusiastic and said, ‘that’s what Bendigo needs; a shop like Windmill.’

"We talked about it for six months or so and I was getting a bit disenchanted with the job that I was doing and it eventually came together," he says.

During its four decades of operation, Mr Good Times has morphed into more of a speciality children’s store. The diversification started little by little when Kate began operating the business in 2002, but also came about due to another store shutting down, Kate explains.

"We’re doing a little more gift and niche clothing products than we used to.

"It’s become more like an emporium of a huge collection of different things but still maintaining the quality and point of difference that we had before.

"Part of that was because of a lack of those things being in Bendigo," Kate continues.

"We had a nice children’s store here that closed down. It was a clothing and a baby store and it was an opportunity to move a little bit into their market," she says. 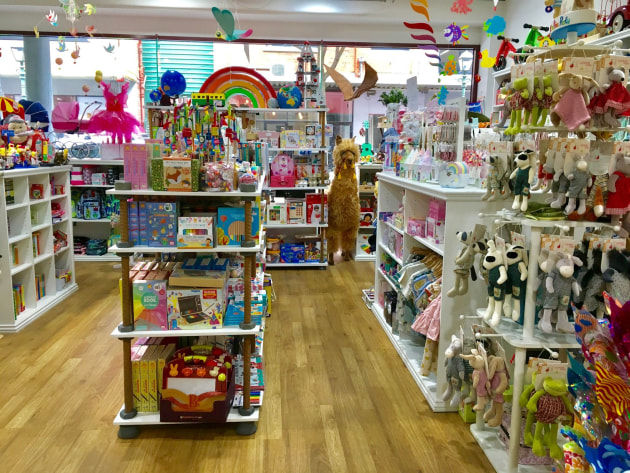 Aside from celebrating its 40th anniversary this year, 2019 saw Mr Good Times go through a store re-fit, which Kate says was something she had wanted to do for many years.

"[Refitting the shop] has been quite an enormous project that I’ve wanted to do for the last six or seven years. It took most of this year and we had to do it four or five stages.

"I think this particular store was about 30 years old when they moved [here].

"It had a really funky fit out at that stage. There were wood posts and tin shelves and it was all very groovy but the tin, obviously after 30 years, was all chipped. So we had some things powder coated and repurposed some stuff.

"I think I’ve driven the girls here crazy by the amount of times I’ve changed where things go. I think everyone’s pretty pleased that we’ve finished the fit out," she says laughing.

Embarking on its 41st year of business in 2020, Kate hopes to continue fostering the store’s reputation and service, via social media channels and in-store connections.

"We’re continuing to use social media as a means to make people more aware of what we have and the different products that come into the shop. Susan, who has worked for us for a very long time, does all of our social media and we get really good feedback on those mediums.

"My vision is to continue what we already have and for people to continue to feel like it’s not just a place to buy things: it’s a
shopping experience.

"I think that’s one of the reasons that online shopping hasn’t killed us; is that it’s a different experience to come in here and shop and have a personal experience than just to buy things online," she says.