The Mind Games Malvern store has been operated by the same owners in the same location for 40 years. Here’s how it’s changed in that time.

Mind Games operates a total of nine stores across Australia.

In 2017, the business – which specialises in a vast array of games and puzzles including traditional games, collectable games and Euro games – celebrated its 40th anniversary.

However this year, Mind Games celebrated another 40th anniversary – this time the anniversary of its Malvern store which has been operating in the same location on Glenferrie Road for 40 years.

"When it first started 40 years ago, Malvern stocked traditional games.

"So it was chess sets, it was backgammon sets, pick-up-sticks, Chinese checkers, dominoes, it was Scrabble and Monopoly and those classics that have been around for a long time.

"Then 20-odd years ago a board game came out called Settlers of Catan which is a European/German strategy board game, which in the industry is known as a Euro Game. That really changed everything as far as board games go," Hipkins says.

However, it wasn’t just the board game industry that changed when Settlers of Catan was released, Mind Games’ product range shifted with the boom too Hipkins says.

"Once the ‘Euro boom’ happened our whole store was completely changed.

"I can just remember 20-odd years ago, our board game section in the store was maybe a quarter of what it is now, but the range has absolutely boomed.

Alongside the Euro boom, the digitalisation of the world has also changed the way Mind Games operates, Hipkins explains. 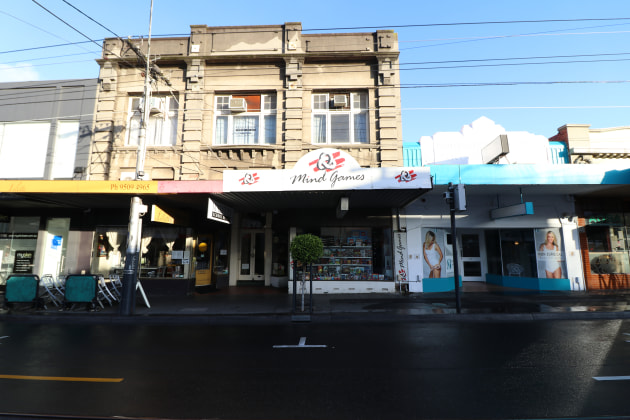 "The connected world has made a huge difference to the products that we’re selling. These days, people know about stuff before it’s even released.

"Obviously we’re all connected, I get emails from manufacturers, I read message boards and go onto review sites but inevitably a day doesn’t go by that I don’t get a customer come in asking for something I’ve never heard of.

"I quite often say to new and old staff members alike: your customers are your gateway to learning about new products."

Hipkins says that crowdfunding platform Kickstarter has been instrumental in changing the way new games are entering the market, but that sometimes they don’t always translate to retail.

"Kickstarter’s been a really big one because anyone who has an idea can go to Kickstarter and get it produced.

"So quite often you’ll get somebody who’s got a great idea for a game, they’ll Kickstart it, they produce it, they send it out to their backers and then you get all these people who have heard about this game who then want a copy of it but it’s not something you can just order in because they only made 2000 of them. So many new games are coming up that way.

"But for every success story there’s the other way. Sometimes things are hyped and don’t end up going the way you thought they would.

"It’s hard to pick and judge though. You have to go with it and hope," he says.

Going with it and hoping – backed by deep product knowledge and hard work – has worked for the business for 40 years, but what’s on the cards for Mind Games in the future?

"We’ve been looking at other properties in Glenferrie Rd in Malvern – as much as the store’s been in the same location for 40 years, it is at the tail end of that shopping strip," Hipkins explains.

"Ideally we’d like to move down more into the heart and there are a lot of vacancies in Hawthorn and Malvern at the moment.

"The other thing that I’m definitely keen to do is have more of an online presence.

"What I’ve decided is not do an online store as such but do a click-and-collect.

"But more than anything, it’s keep on keeping on. If ain’t broke don’t fix it," he says.