In part two of this breakdown of Turner Australia's New Generations Kids Influence 2019 report, Toy & Hobby Retailer reports on the findings in terms of children's engagement in the digital world, where children spend their money and Christmas purchasing habits.

Turner Australia has released findings from its New Generations Kids Influence 2019 research, indicating that across ages and platforms, YouTube is the most frequently visited site, most used app and most used social platform for Australian kids.

The survey, which involved 600 participants and is nationally representative with kids aged four to 14 and their parents taking part, found that the most popular websites kids visit (following YouTube) are Minecraft, ABC Kids, Roblox and Cartoon Network. 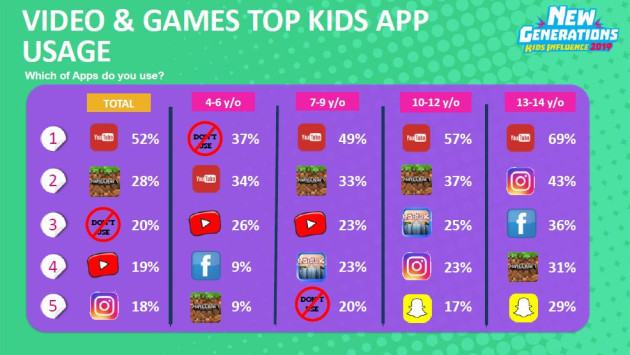 In terms of the content children are watching on YouTube, the report found that for children aged between four and nine cartoons were the most popular form of content viewed, while for kids aged 10 to 14 music videos topped the responses.

In terms of social media stars, the report found that for boys, social media juggernaut Ryan – the child behind the toy line Ryan's World – was the most popular influencer, while for girls Australian influencer Georgia Productions came out as the favourite. 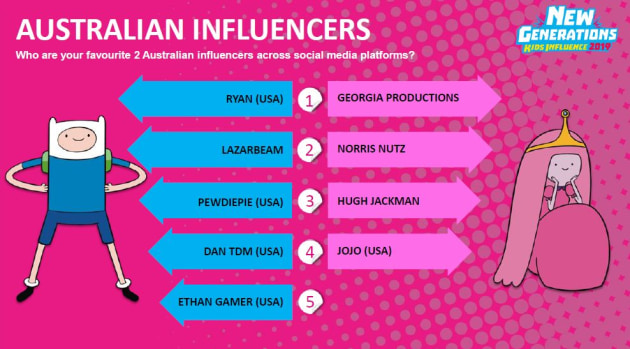 Outside of the digital world, the Kids Influence report also dives into children's purchasing habits.

According to the findings, pocket money is the biggest source of income for Aussie kids, with Australian parents giving their children on average $223.98 in pocket money per year.

Unsurprising to many retailers and parents, the report found that the weekend is the most popular time for kids to go shopping with their parents, with 44 per cent of kids spending their pocket money on toys at the shops. 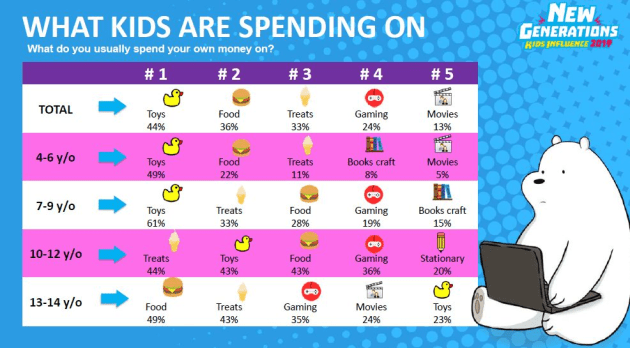 With Christmas is fast approaching, the report also details purchasing habits of Australian parents in regards to Christmas shopping.

In terms of what kids want for Christmas or their birthday, Lego makes an appearance across all ages from four to 14 and tops the list for kids aged seven to nine years old.

Read part one of the breakdown here. 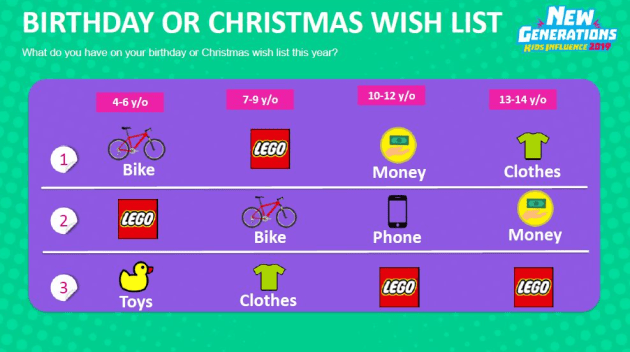