It began with Wuhan city being locked down on 23 January.

Wuhan City, the origin of the virus outbreak, was announced to be locked down since 23 January.

The announcement came very suddenly and a lot of people could not react to it timely. Eight hours right before the lock down, thousands of Wuhan citizen were trying to get out of the city by any possible means, whether it was by train, by driving via highway, or even by walking.

Everybody was in a panic.

Nevertheless, very little of them succeeded in escaping because the government had already blocked many ways before the official announcement.

Indeed, the spread of coronavirus was already completely out of control at the point when government took the action to lock down the entire city.

That is also the reason why we see the virus spreading out to other districts so quickly even after the city has already been locked down.

25 January was the first day of the Chinese New Year in 2020. All Chinese citizens officially started their long holiday.

It was supposed to be crowded on the street because people will travel to their relatives’ home for the New Year greetings.

However, it was chillingly quiet this year.

The governments in different counties have adopted ‘sealing management’ in the society. They divided the city into many tiny districts and employed micro-management to it.

When someone tries to leave their apartment building, there will be staff from government to detect their body temperature, register their IDs and record their time of leaving.

In addition, all public transport halted and many shops, restaurants are closed. People described that the scene was like war time.

Many Chinese citizens experienced the longest holiday ever as well as the longest time of staying at home. Many of them did not get out of home for more than 10 days under the micro-management in society.

Shortage of surgical masks in China

The CNY holiday was supposed to end on 03 February but the government extended it to 10 February.

That made the whole holiday period from 25 January all the way to 10 February. Some factories did not reopen until 17 February.

When people started to return to work, they faced another issue – a severe shortage of surgical mask which is crucial in helping to prevent from getting infected with the coronavirus.

Such a tremendous demand on the surgical masks has never been encountered before.

When Chinese factories entered the state of production downtime, the output is extremely low. Besides, there are 1.4 billion people in China and so the consumption of mask every day is massive.

In normal circumstances, the overall output of surgical masks in a day is approximately 50 million pieces.

When people face such severe shortage, they have to inevitably reuse their mask for two-three days. That is not hygienic at all and the mask practically loses its effectiveness in filtering out the virus. 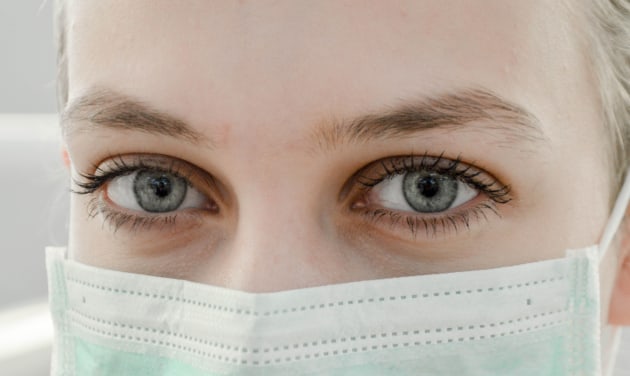 The Chinese government was in a deep struggle on whether to resume work or not.

On one hand, they are concerned about the possibility of a bigger scale of the coronavirus breakout within workplace about a bigger scale outbreak after beginning to work.

On the other hand, they are worried about the economy that will be at stake if they keep extending the stay home period.

That is why the government decided to resume work but with strict control.

For example, factories have to provide enough masks for their workers. Two masks for each worker daily is a minimum requirement as one mask is supposed to be worn for four hours only.

Thermometers should also be in place and workers’ body temperature shall be measured daily when they step into the work place. The government will arrange both official and random audits to ensure all factories are in compliance before they can resume work.

This strict policy leads to extremely low productivity in factories. When masks run out of stock, factories have to dismiss workers until they gather enough masks again.

Some factories only ask 20%-30% workers come to work because they cannot provide that many masks for workers.

Another reason for the low productivity is because when workers are from the provinces outside Guangdong, they are required to be quarantined 14 days before they can go back to work in factory.

Usually more than half of the workers in a factory are from other provinces.

More than 80% of toys are made in China.

China is the biggest manufacturing for toys (and of course for many other products as well).

When supply is being disrupted, shipment delays are certainly going to happen and will impact the inventory level of toy companies.

Toy companies will experience an out-of-stock period and that would then result in poor retail sales. Such period may last for a few months, subjecting to selling through rate as well as safety stock level that the company has kept.

Nowadays, when it is the strategy of most companies to keep as few stocks as possible, going through an out of stock phase is almost inevitable when all shipments are delayed significantly.

Worst case scenario is that some small and medium size toy companies will be in financial trouble due to the termination of supply temporarily.

It is time to rethink whether the whole industry should speed up to diversify their supply chain into other southern Asian countries such as Vietnam, Indonesia and India, etc.