The appearance forms part of the We Bare Bears Tour which is travelling around Australia and New Zealand, with fans able to decide which locations the bears appear in next.

The tour forms part of Cartoon Network's marketing strategy for the property, with the bears also being seen at the Licensing Breakfast along with a We Bare Bears coffee cart at the Melbourne Toy Fair earlier this year.

Australian cricketer Cam Merchant and wife Jules Robinson – both famed for appearing on Married At First Sight – indulged in bear hugs at Bondi, while model and Instagram personality Nikki Phillips and her kids Luca and Jett also enjoyed the hugs and hot chocolate.

The Bondi Beach Lifeguards also participated in the fun. 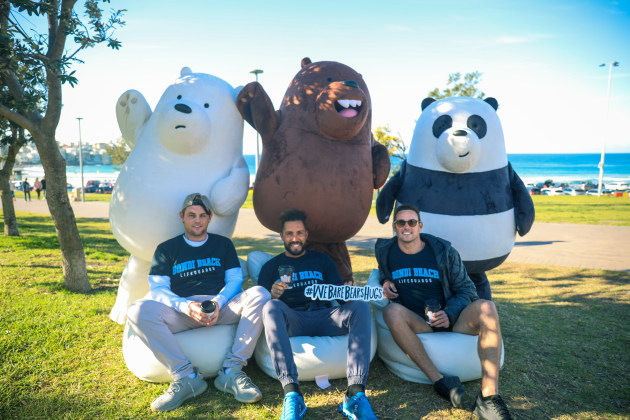 The We Bare Bears Tour has also made stops throughout Asia including Singapore and the Phillipines.