Now is a great time to chat to the team about licensing opportunities with 2019 shaping up to be another busy and exciting year.

Doctor Who continues to be one of BBC Studios’ best-loved brands. Bigger and bolder than ever, the latest regeneration introduced a brand-new logo and cast.

BBC Studios once again partnered with world-class licensees to produce an exciting range of products, including the first ever Doctor Who Limited Edition Barbie with Mattel. Preorders quickly sold out in Australia through exclusive partner Zing Pop Culture.

After a stellar first series, the Doctor and her friends return in early 2020 – watch this space!

BBC Studios is delighted to work alongside its partners on a range of children’s products for pre-school favourite, Hey Duggee.

Highly anticipated new episodes are coming to CBeebies in March and look out for an adorable range of children’s toys including Dress Me Up Duggee and Musical Duggee, coming soon through Jasnor. 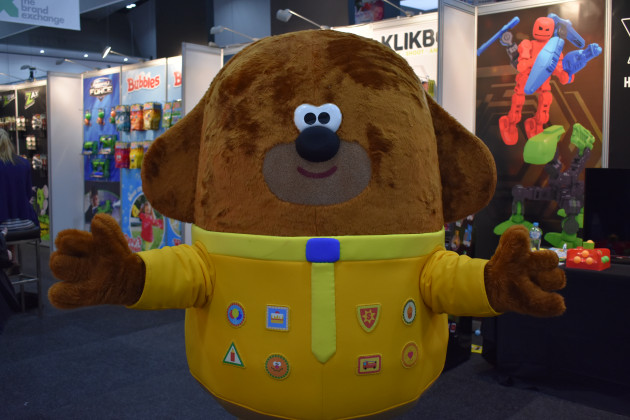 Another popular pooch is home-grown hit Bluey. Created by the award-winning team at Ludo Studio in Brisbane, the animated series has become an instant family favourite.

Since premiering in October, it is ABC iview’s most watched show ever, with over 21.3 million views and the top Australian children’s programme on broadcast television in 2018.

Social media is also abuzz with parents and kids eagerly awaiting new episodes coming to ABC Kids and iview in April. Be sure to chat to the team about the licensing program for merchandise for this fantastic kids’ series.

Chat to the team at Toy Fair to find out more!