The COVID pandemic has proven a transformative experience for everyone.

Within our own industry, companies large and small have found themselves frequently pivoting and working in new ways – often with little or no warning.

Toy & Hobby Retailer caught up with Andrew McGregor, Artiwood’s managing director to see how this eco-friendly centric company has fared.

“A year ago, it felt like we were all staring into an abyss,” McGregor begins.

“With the threat of recession looming, we battened down the hatches and moved swiftly to trim our costs.

“I still vividly recall an evening spent modelled breakeven threshold across a range of scenarios including a 40% drop in sales. The numbers were terrifying.

“Within days of the national lockdown we’d reduced or deferred half of our imports, and non-essential discretionary spending was cut to the bone,” he says. 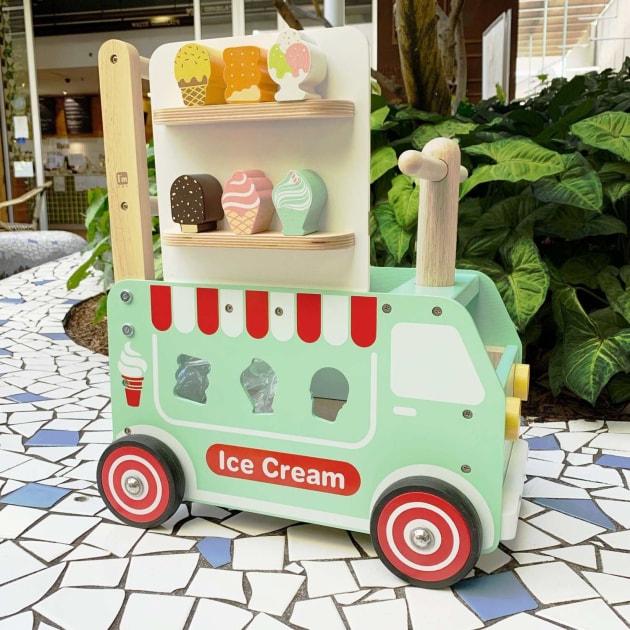 As the pandemic unfolded, McGregor says he and his business partner, Garry Smith, began working 16-hour days and weekends to maintain the health of their business.

As borders, factories and retail channels progressively opened and closed it continually scheduled calls with customers and suppliers.

A dedicated COVID section was also created on its website to reassure customers and keep them up to date.

“However, import forecasting remained a challenge.

“Initially, online retailers were the primary driver of surging demand.

“As a result, we expected our sales spike to reverse as the nation reopened.

“Much to our surprise the opposite occurred.

“These trends ultimately continued for the rest of the year,” he says. 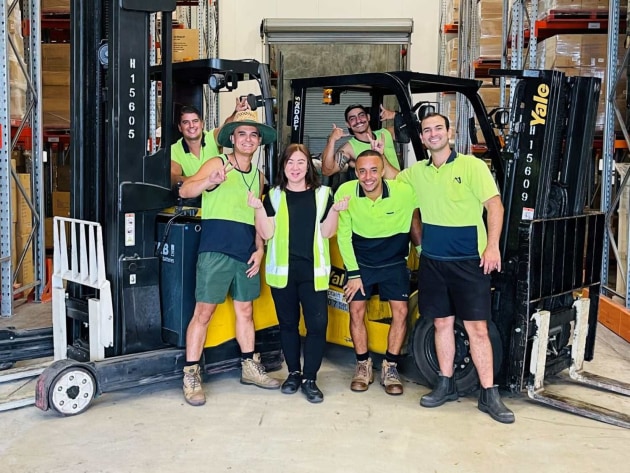 It began moving containers around China to avoid port congestion, renegotiated stock allocations by taking cancelled orders from other markets and split its imports across multiple vessels and routes to minimise delays.

“We ultimately got all of our Christmas stock into our warehouse in the final weeks of November,” McGregor says.

“However, behind the scenes we battled delays of up to ten weeks for many top-selling lines, including our popular Kinderfeets range.

“Almost every conceivable challenge hit us at some point.

“We had ships locked down by COVID quarantine, containers offload in remote ports, sailings rerouted or cancelled, and factories closed without warning,” he says.

With these events off the table, it had to find new ways to reach prospective customers.

McGregor says this pivot was critical for new brands like HEADU whose Montessori-inspired education activity kits were ideal for house-bound families.

McGregor admits the appointment looked a little foolhardy at a time when millions were being furloughed on JobKeeper.

However, he and Smith felt that senior talent would spread the load and help them navigate the pandemic more effectively.

McGregor says this role was the first of two new hires Artiwood ultimately made.

These funds were used to relocate Artiwood’s office and open a new Sydney showroom. 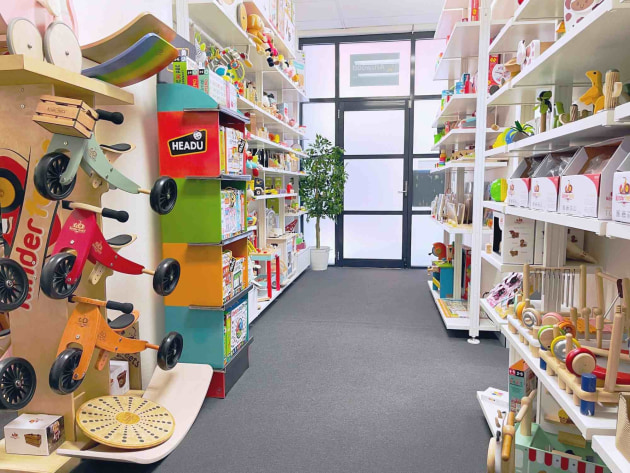 The company is now less reliant on trade shows and customers and prospects can view its products throughout the year.

“It’s on the main route between the central city and the airport.

“This makes it easy for interstate visitors to drop by if they’re in town on other business,” he explains.

McGregor says these online viewing are proving surprisingly effective at getting new products in front of customers and prospects.

Artiwood has also invested heavily in its online strategy.

As the national lockdown took hold it revamped its entire social media program.

And the results are impressive. 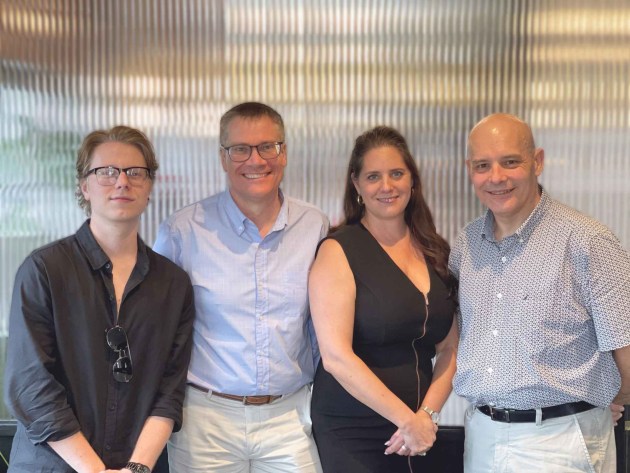 SEO and directory listings were also given extra attention.

McGregor says Artiwood now ranks on the first page of more targeted keyword searches than ever before.

The company has also revamped the profile of toy categories, like plush, that traditionally don’t translate well online.

This included working closely with influencers and suppliers to develop more engaging content.

McGregor references a series of rotating product videos from Dolce Toys as a great example of this initiative in action, along with new Instagram reels receiving thousands of views each month.

McGregor says the pandemic was also the catalyst for another strategic marketing change.

“Trade shows are still a key part of our marketing mix,” McGregor says.

“As a result, we think it’s more important than ever to be highly visible at these events.

“The move to Reed means you’ll find us in better venues, in a better location, with a fresh new look,” he says.

When asked what else the year ahead holds, McGregor lists an ambition schedule of technology upgrades including new back-end systems and web capabilities.

He says Artiwood is also developing more flexible supply chain solutions to improve its supply throughout the year.

Constrained exporters in the USA, Europe and elsewhere are also causing empty containers to pile up in their home markets rather than returning to Asia fully laden.

As a result, shipping costs have doubled, and containers are in short supply in markets like China and Thailand.

Ongoing travel restrictions mean Artiwood, and its suppliers, are unable to review and monitor factory performance on the ground.

While Artiwood has seen few issues of concern so far, McGregor worries that with the passage of time, industry best practice will erode and inefficient COVID measures will become entrenched.

However, despite these challenges McGregor remains upbeat.

Like many of its industry peers, Artiwood has done remarkably well from the pandemic.

It won a Product of the Year award for the I’m Toy Pastel Melody Mix at the ATA’s annual industry awards in March last year – and repeated the achievement again last month with Kinderfeets Rainbow Kinderboard. 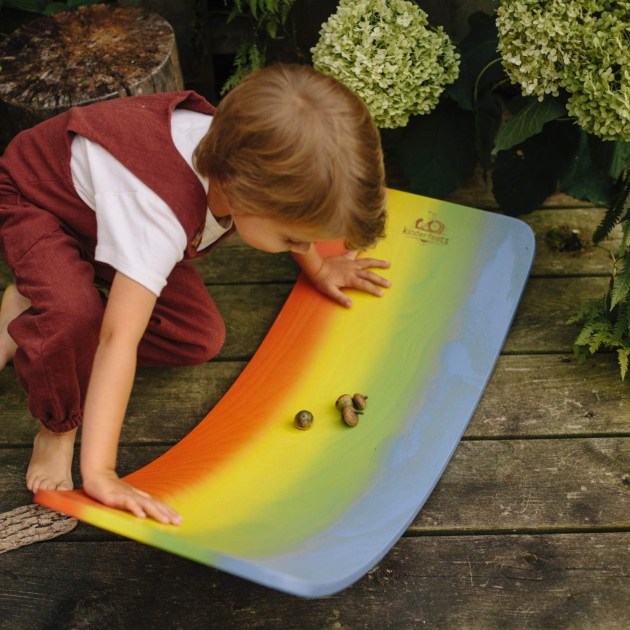 In December, it secured placement for two products in the ATA’s annual top toys for Christmas ranking.

He says Tidlo is already trending well ahead of expectations.

“I’m still pinching myself. We went into lockdown a year ago expecting the worst.

“Twelve months on we find ourselves positioned better than ever.

“Of course, none of this was possible without the efforts of an awesome team and the unwavering support of our hard-working, and incredibly loyal, retail partners.

“We honestly can’t thank everyone enough,” he says.

With a pandemic still raging beyond our shores the future remains unpredictable.

Expecting the unexpected has become our new normal.

However, if 2020’s results are any guide, Artiwood looks increasingly geared for success in the years ahead.