Kid-safe digital media company, TotallyAwesome Australia has released the results of its annual study into the online habits of kids in Australia and New Zealand.

The Kids Digital Insights 2019 study surveyed 320 Australian kids between four and 16 years old and their parents to gain insights into their digital behaviours and how this influences spending.

The survey found that kids exert the most influence over their parents' purchase decisions when it comes to new toys, with 86 per cent of respondents indicating that kids influence these purchases.

When it comes to what kids spend their own pocket money on, toys came in second with 29 per cent of respondents indicating this is where they spend their money across an average week, following behind snacks and confectionery at 32 per cent. 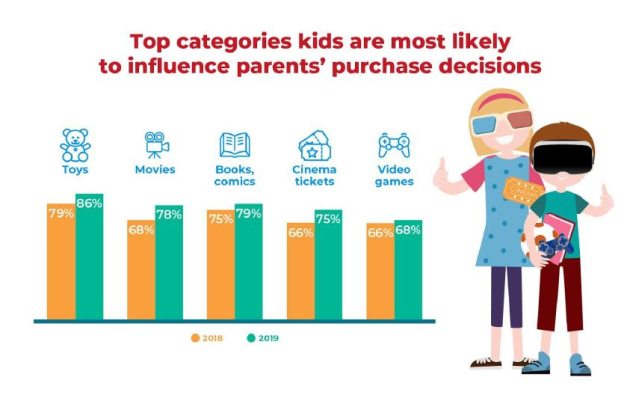 The power of influencers has long been established and the survey reaffirmed this, finding that 45 per cent of kids have asked their parents to buy something because an influencer had it or used it, while 43 per cent of parents have bought items for their kids because it was advertised by a kids' influencer.

When it comes to screen time, the Kids Digital Insights report found that traditional TV is slipping in the rankings, with 57 per cent of kids preferring to engage with a smart phone, then a tablet (50 per cent), with TV trailing behind at 20 per cent.

Interestingly, for the first time Smart TV viewing is considered its own category, with 25 per cent of respondents indicating that this is a place they like to engage with content, supplementing traditional TV's fall.

With such strong results in phone and tablet screen preferences, it is no surprise that the report found that kids spend more time online than any other medium in an average week.

According to the results, kids spend 2 hours and 30 minutes in an average week using the internet, with 91 per cent indicating they spend their free time on the weekend engaging with screen-based activities. 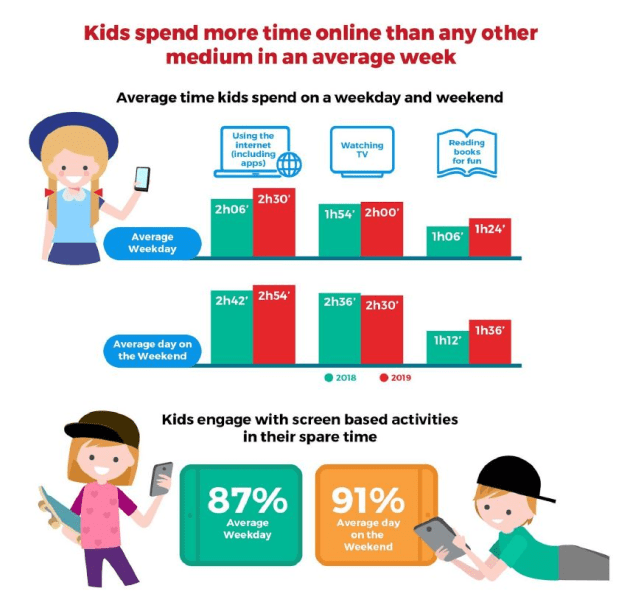 TotallyAwesome chief strategy officer and country director ANZ Jeremy Carr said that the results paint a clear picture for those advertising to this segment of kids.

"The Kids Digital Insights gives us a unique lens into the digital habits of children aged four to 16 years old in Australia and New Zealand.

"It well serves companies that target this audience segmentation, which has a growing influence and higher purchasing power," he said.

To gain more insights into the findings, scroll through the picture gallery above.